Appleton is a 19th century vintage inspired typeface published by Decade Type Foundry which paints an epoch of significant reforms in social and technological areas. The mechanization of means of transport was meant to promote the implementation of the reforms. In the early stages the industrial design was characterized by fruity colors, wide shapes and thick lines. Eat an Appleton! 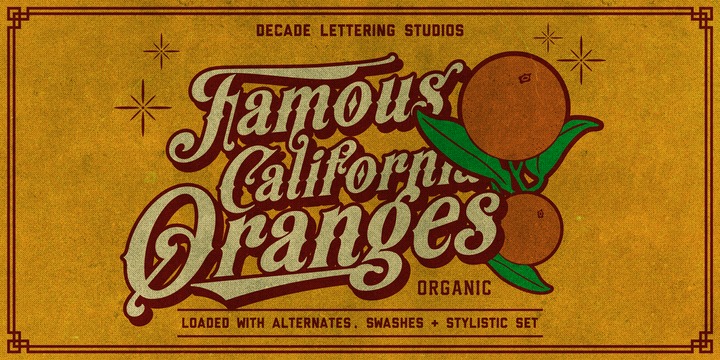