Cabrito Sans is a sans typeface created by Jeremy Dooley and published by insigne. Having as a source of inspiration the well-received Cabrito (which was inspired by a children`s book), Cabrito Sans is characterized by simple, soft and rounded forms which confer a modern and friendly look to your design. It favours legibility and reads easily as body text or display headlines. 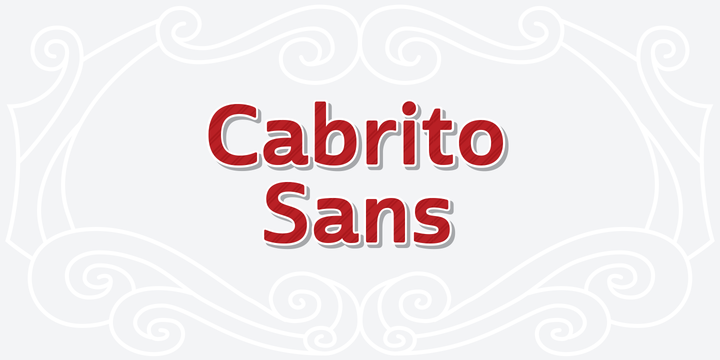 ‘Cabrito Sans’ is a trademark of insigne.