Calibri is a modern sans-serif typeface created by Lucas de Goot and published by Ascender, but ultimately owned by Microsoft. Containing flat rounded & corners, small caps and some useful numeral sets, Calibri is hugely readable in both small and big text and it has multi-purpose usage. Calibri is so awesome! 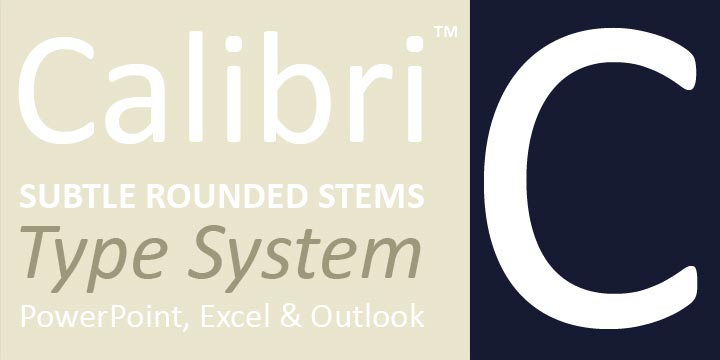