Core Escher is an optical illusion typeface created by Hyun-Seung Lee together with Dae-Hoon Hahm and published by S-Core that contains two sub families Core Escher A and B. Every sub families has different characteristics that it can be combine. This rounded fount has professional character set and Open Type Features that it can be used for book titles, headline, artworks, magazine, logo … any kind of projects! 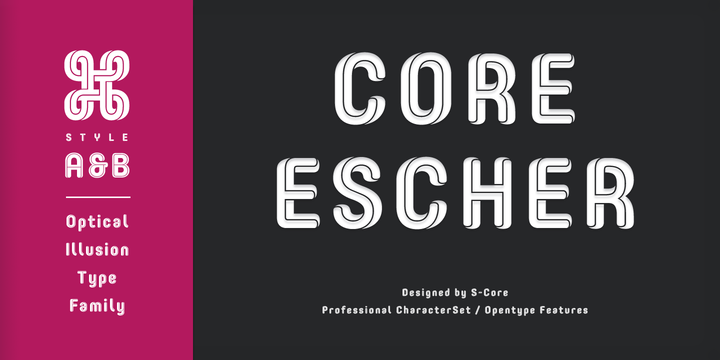