Engineer is a technical typeface created by Bartek Nowak and published by his own foundry, GRIN3. Coming with rounded sans-serif forms, Engineer is redesigned after another of his own font from 2001, Techniczna Pomoc. This font fits greatly in a technical environment like engineering or architecture signs. 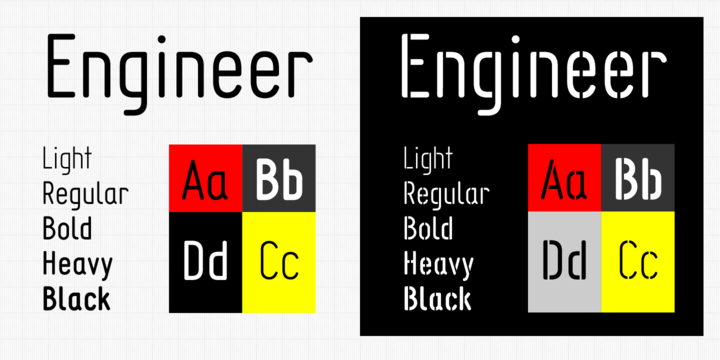