Hollie Script Pro is a contemporary handwritten typeface created by Felipe Caldéron and published by Estudio Calderon that is based on the brush traces. It was designed to be suitable for vintage book, magazine, logo, sign, headline, display etc. 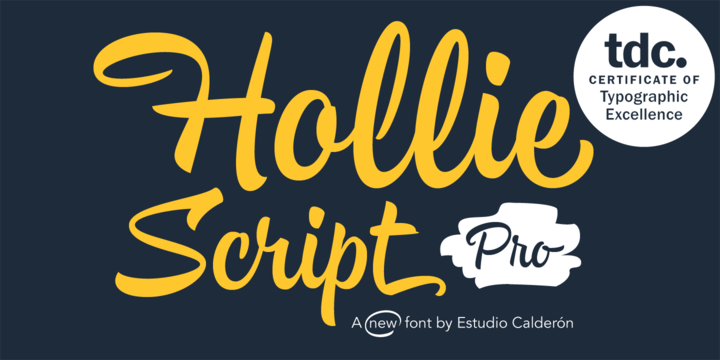