Kaleko 105 Remix is a remix of geometric sans serif typeface Kaleko 105, created by Adrian Talbot and published by Talbot Type which is available in 3 weights and italics. It is charming, friendly & full of character. It comes complete with accented characters for Central European languages. Also it includes a range of discretionary ligatures to create type with an easy, flowing style. It merge well on logo, display, headline, magazine, poster and so on. 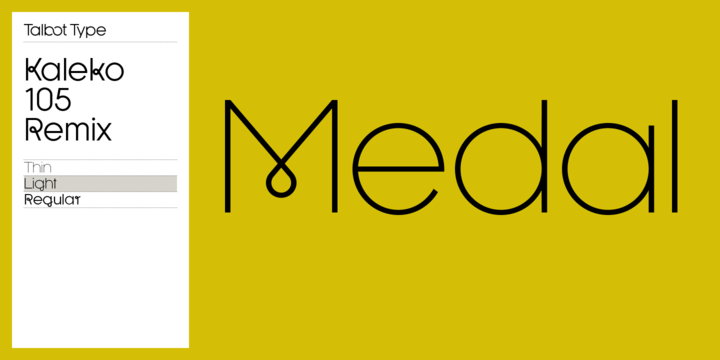