Kiro is a minimal sans-serif typeface created by Ryoichi Tsunekawa and published by Flat-it. It includes 12 styles which give adaptability to title and body text. The fundamental structure was designed with units or modules, as for accurate measurement and execution. Excessive vertical strokes of letters have been removed and corners have craftily been rounded. All these minimalized features have given a simple modern look and circular forms have created a friendly and warm image. The wide range of glyphs cover almost all European languages: Western, Central, South Eastern Europeans and afrikaans. 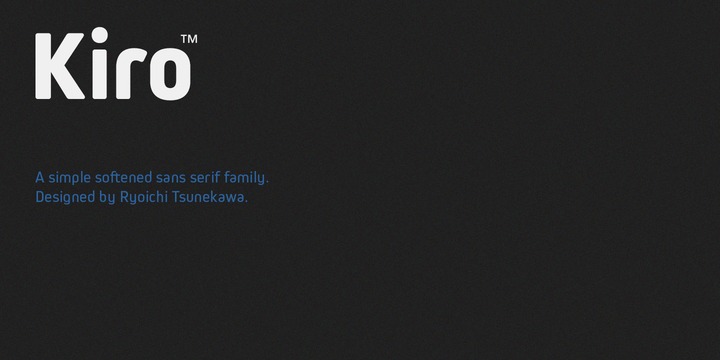 ‘Kiro’ is a trademark of Flat-it.