Marat is a font created by Ludwig Übele and published by Ludwig Type. Despite the fact that it was initially created to match newspaper layouts, having characteristics which favour readability, in time it came to address a wide range of projects.The character features, the height, the width, the style, the angle, all these create an image which works with booklets, advertisement, headings and logo. 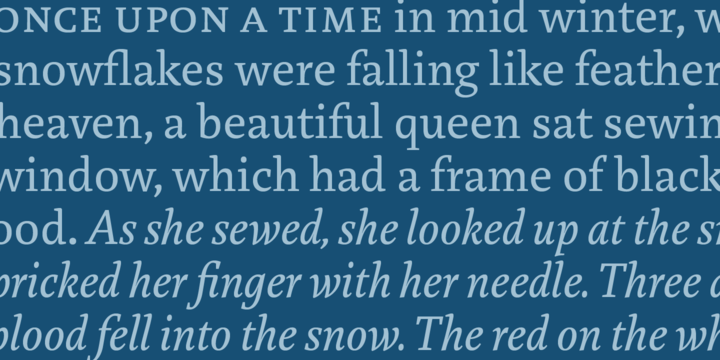 You might find a better price for this font on CreativeMarket, MyFonts, FontBundles, FontSpring or CreativeFabrica
Tags: brochures corporate design editorial headlines italic legibility packaging Serif
A font description published on Friday, October 25th, 2013 in Fonts, Ludwig Type by Iulia that has .