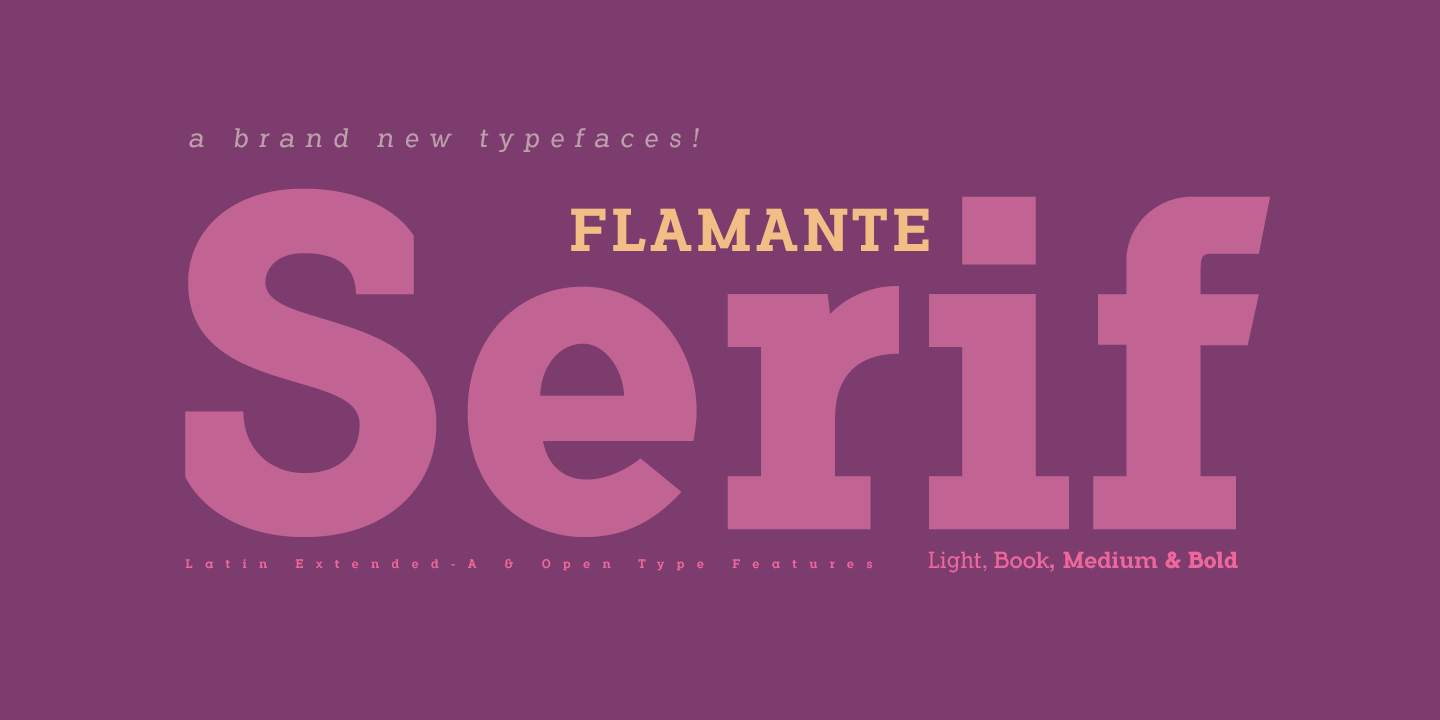 Flamante Serif is a family of 8 typographic with thick square serifs of the slab type, also known by the Egyptians, which are released with four weights: Light, Book, Medium and Bold and their corresponding italic versions.

They are heiress fonts of the Egyptian types arisen at the beginning of the S. XIX and descendants of the fonts “Flamante Sans” Special corporate typographies to design resounding titles on any advertising medium, also for any type of publication like magazines or newspapers. They include the Bitcoin symbol.

You might find a better price for this font on CreativeMarket, MyFonts, FontBundles, FontSpring or CreativeFabrica
Tags: bitcoin, corporate, defharo, freelance, latin-extended-A, neo-grotesque, open type, serif, slab, spain, typography
A font family published by on Monday, October 30th, 2017 that has .