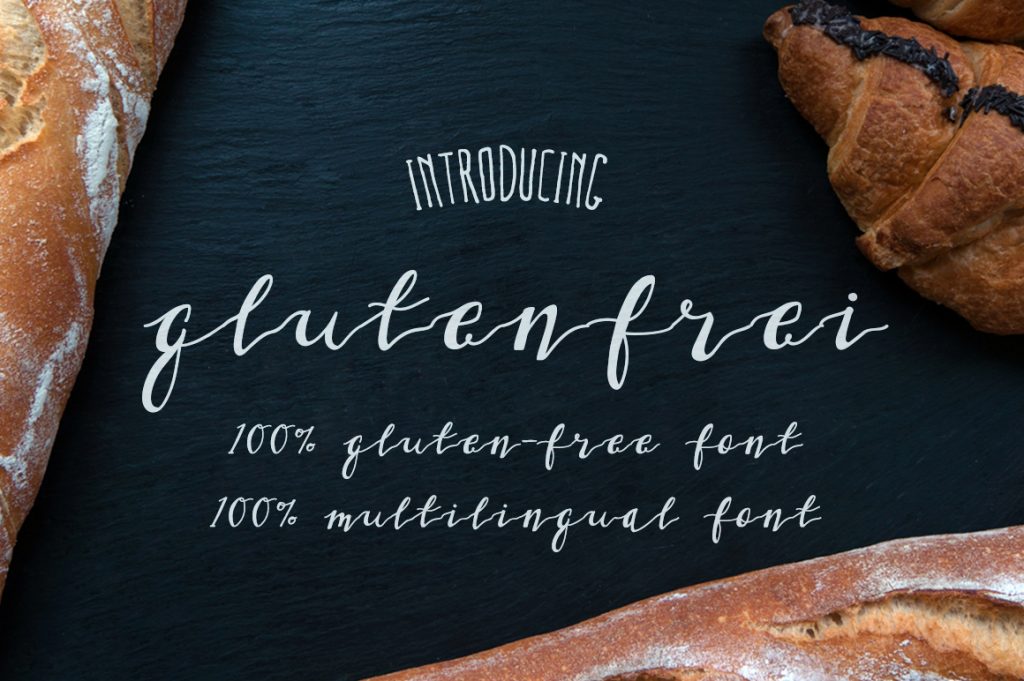 GlutenFrei Font is a 100% gluten-free, multilingual, script font, with greek and latin characters. 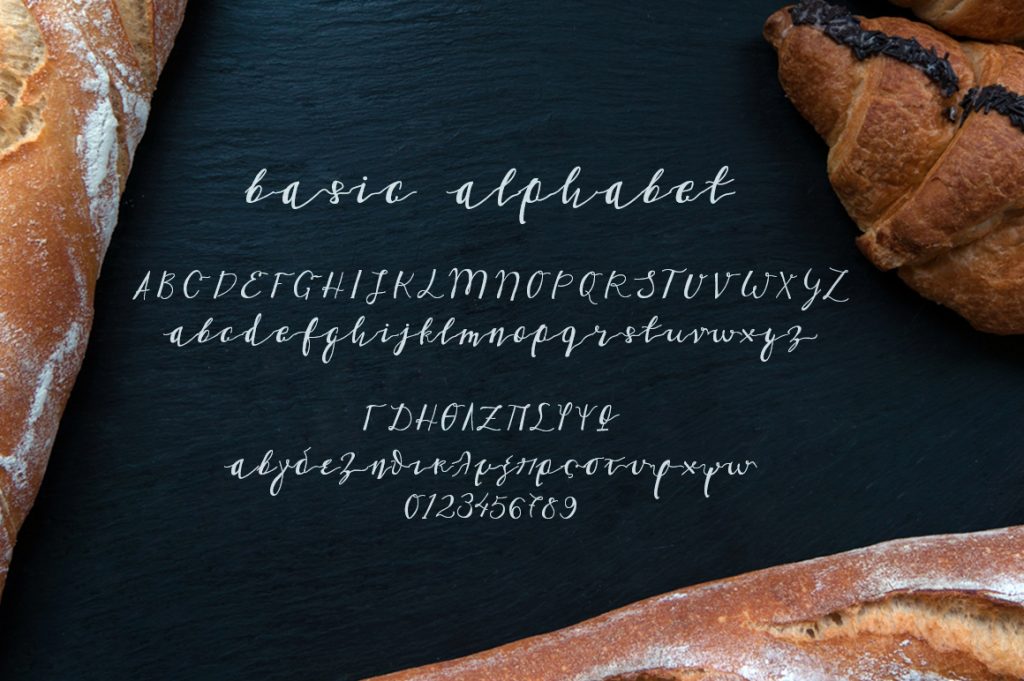 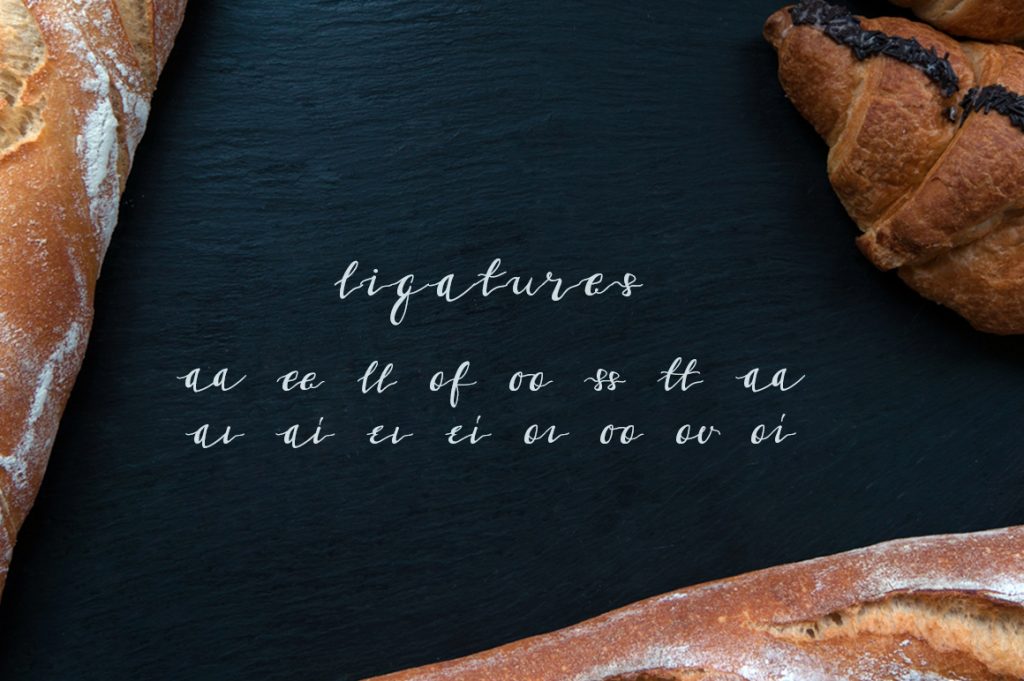