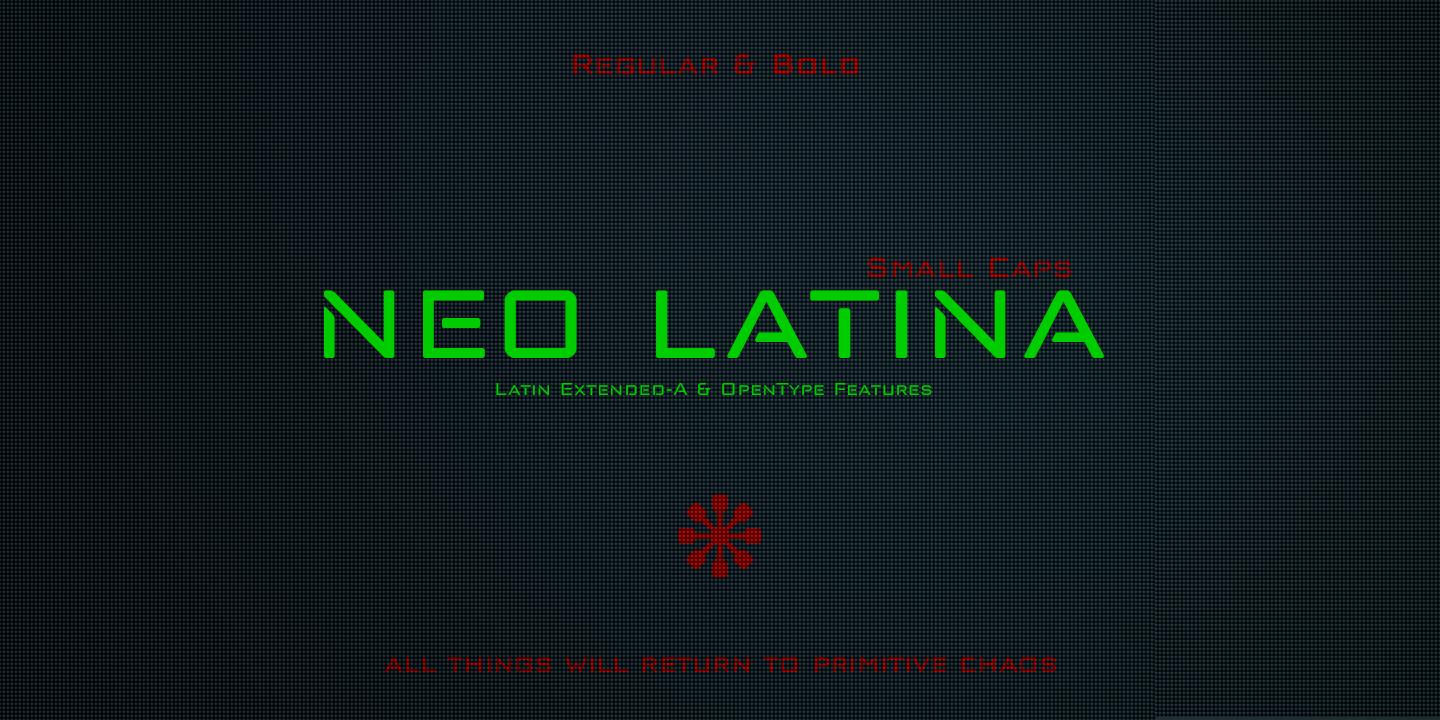 Neo Latina is a classic sans serif typography in small caps of square proportions and rectilinear character with the ends of the rounded horns and a semi-stencil design that gives a futuristic aspect and of science fiction.
• Neo Latina is the right heiress of geometric fonts from the early 20th century inspired by the Bauhaus school and is specially designed for use in any size for both screen and print.
• Neo Latina is a very versatile typography for graphic design, you can use it in advertising posters, video games, film titles, logos, editorial design, etc.
• Includes the Bitcoin symbol: b# (ligatures)
================
-The full version include 2 fonts: Regular & Bold-
FULL VERSION & COMMERCIAL LICENSE 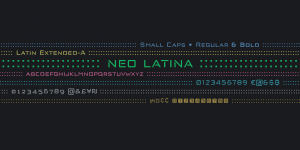 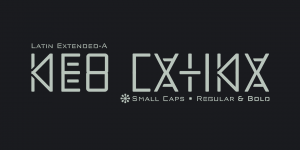 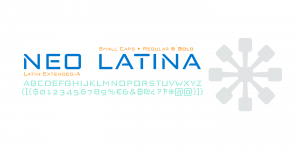 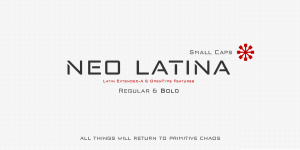