Obesum Caps is a very thick geometric display typeface with great contrast in the counterforms, it is made in homage to the capital letters and obese girls.

The font has five sets of uppercase letters: Capital letters are extended, lower case letters are more squares, and there is a version in small caps of a semi-expanded proportion, all of them with idiomatic support for Latin Extended-A, in addition to the standard alphabet and numbers in small size for the positions: Inferior, Denominator, Numerator and Superior, the letters and numbers have support for dynamic fractions and ordinals, besides the numbers have 3 different set: The normal numbering extended with the height of the capitals, old numbers to use with the small caps version of the letters and that have the height of the x and finally a third version of numbers for annotations.

I have enjoyed the forms and counterforms of this typeface so much that I have drawn an alternate alphabet to the tiny letters with figures of very sophisticated obese girls that are going to party, I hope you like it. 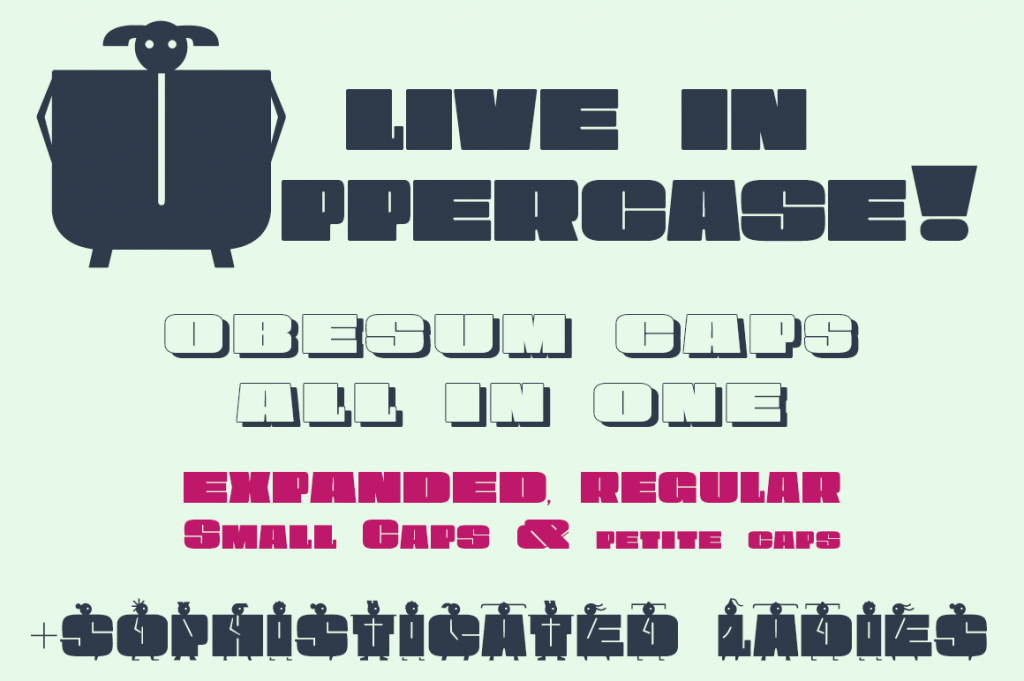 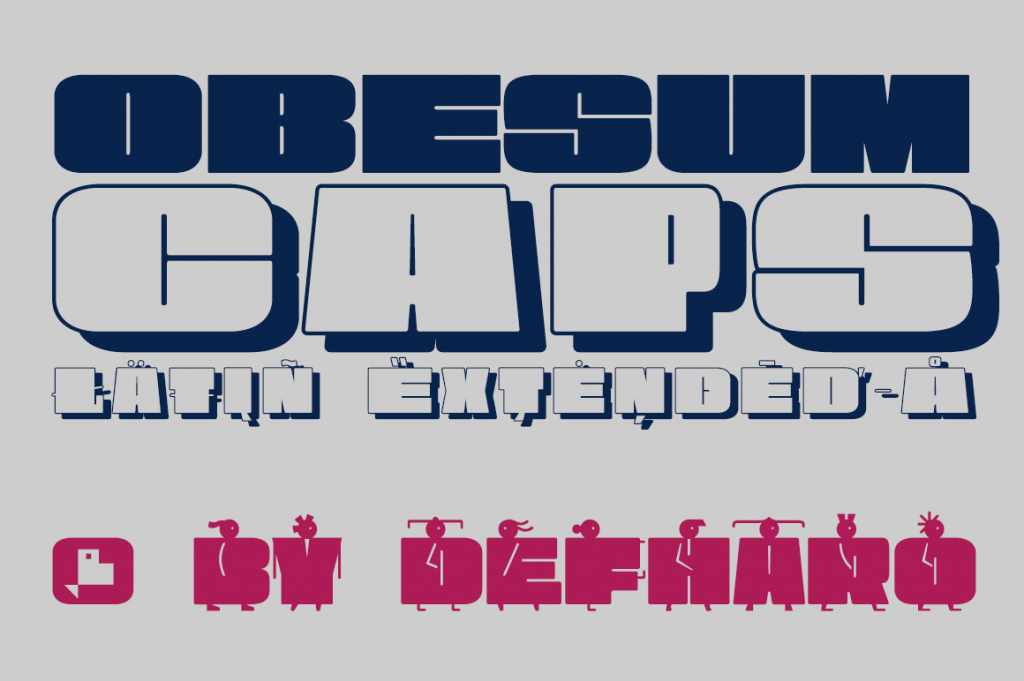 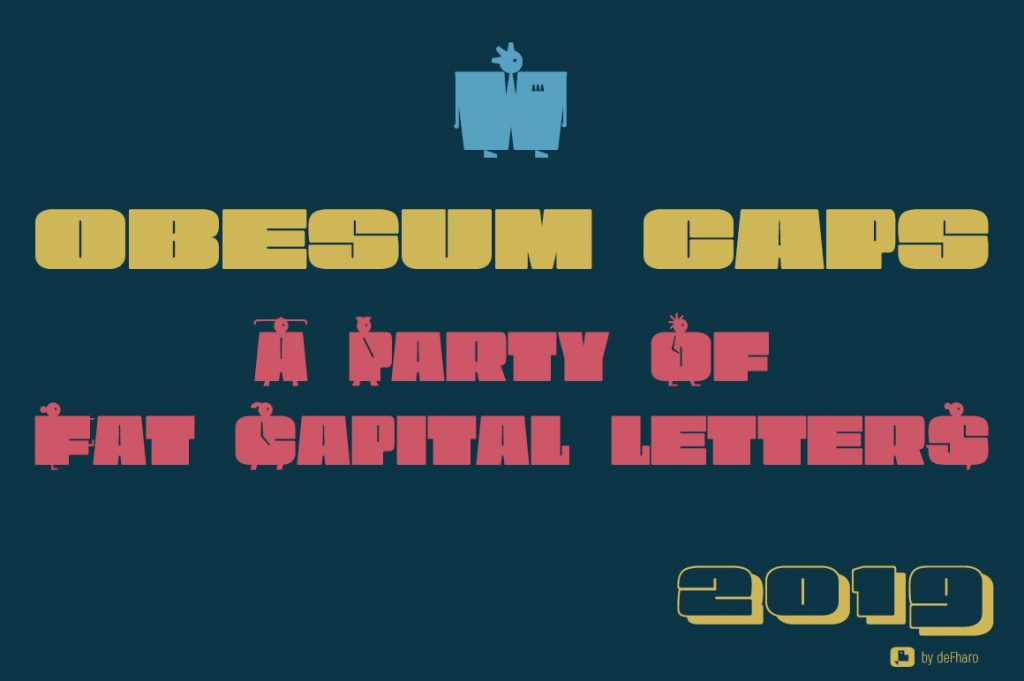 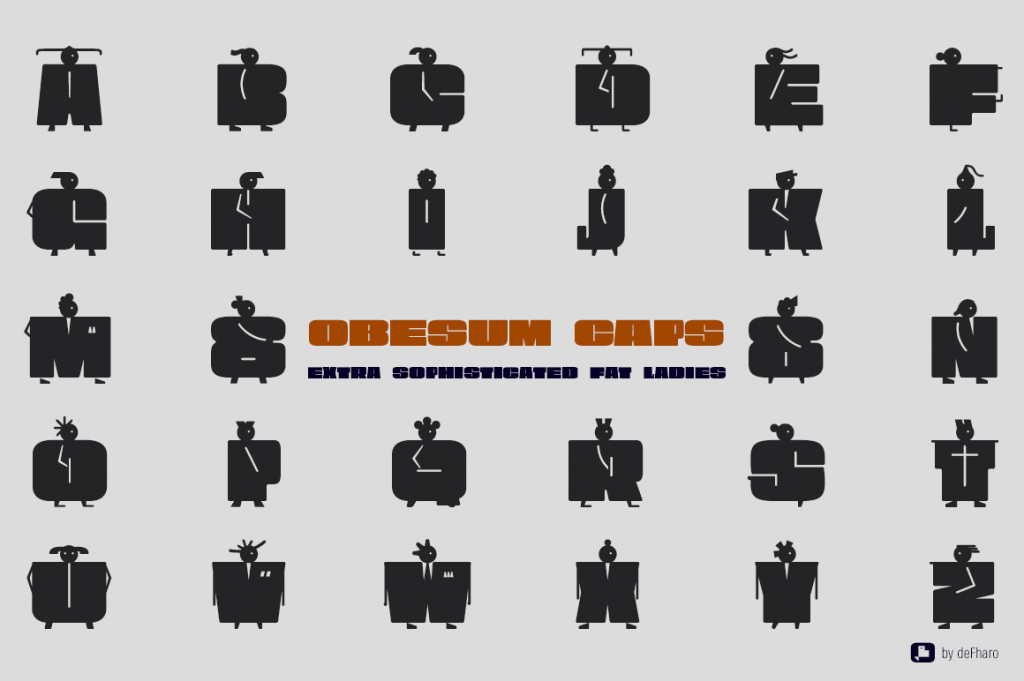