Mauritius is an original font created by Patrick Griffin, Kevin Allan King, Georg Trump and published by Canada Type. After decades of being ignored, Mauritius font is finally appreciated at its true value, despite unjust past reactions to its creator. Released at a time when technology was gaining ground while the printing industry began to diminish, Mauritius is recognized as one of the most original fonts. It includes different styles such as roman, bold and italic. 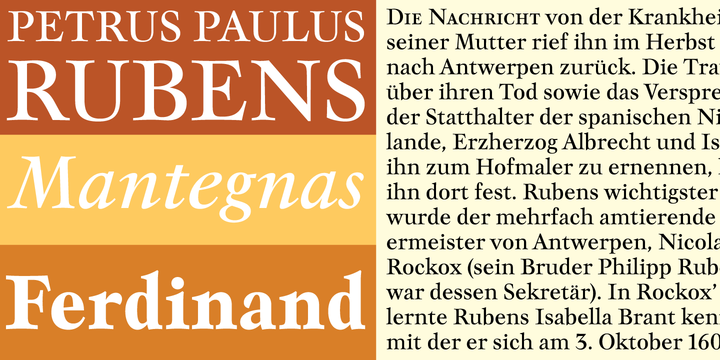 Mauritius’ is a trademark of Canada Type.