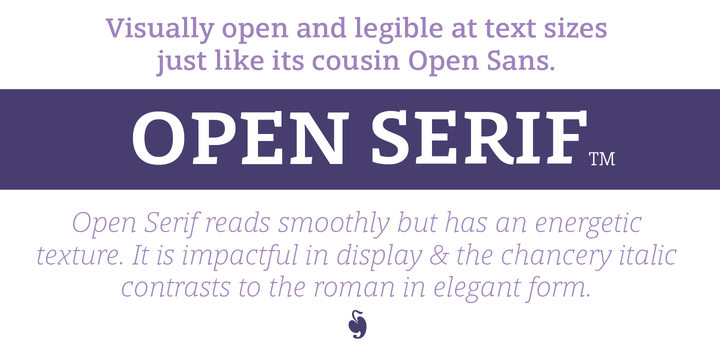 Open Serif is a modern serif font family created by Steve Matteson and published by Matteson Typographics. Created as an serif version for Open Sans and for extraordinary legibility and comfortable reading on screen and in print, Open Serif displays as an elegant roman text and has support for languages available in Open Sans, Small Capitals and Old Style Figures. Open Serif is simply a must have!