LCT Palissade is created by Quentin J. Stavinsky and published by LCT. Initially conceived in 2012, LCT Palissade is a typeface characterized by simplicity, straight serifs and contrasting lines. Influenced by 17th century art, this typeface displays the main features of an epoch of social and political unrest. From an aesthetic perspective that age was defined by rich and intense colors, a foreshadowing a style which later evolved into a more sophisticated one. 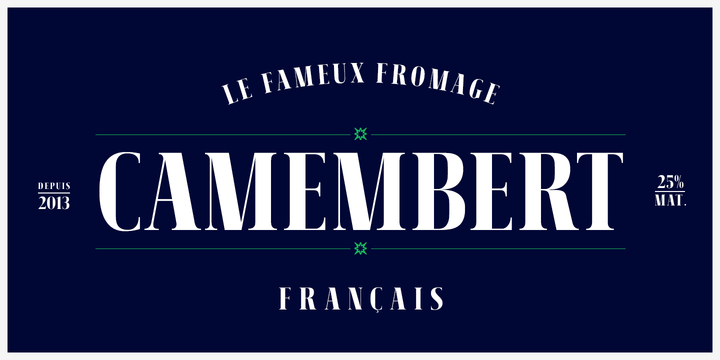 You might find a better price for this font on CreativeMarket, MyFonts, FontBundles, FontSpring or CreativeFabrica
Tags: black contrast didone display elegant intense rich colors
A font description published on Tuesday, November 5th, 2013 in Fonts, LCT by Andrei Olaru that has .