Uniform Rounded is a contemporary typeface created by Richard Miller and published by Miller Type Foundry which is based on Uniform. It contains a full range of weights and three widths. The widths geometric type was designed around the circle. An original idea which makes it a versatile font ideal for multitude of uses. Also supports over 140 languages and a lot of OpenType Features. Uniform Rounded cannot be missed! 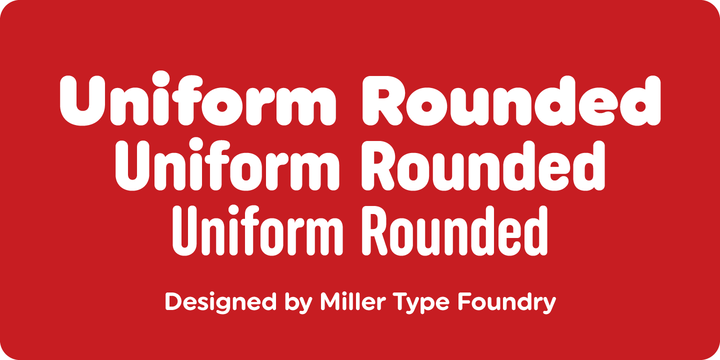