Urge Text is a contemporary font with a bipolar approach of characters, created by Dave Rowland and produced by Schizotype. Initially having a more cursive form, the characters of Urge Text combine the features of the italic style with those of the upright one. This particular characteristic has been designed to generate a clear letter shape which reflects the legibility of the typeface. Offering a broad selection of typographic features which come in many weights, from ultra-light to extra-bold or black, Urge Text provides the suitable tools to create the appropriate design to your projects. It also has multiple figure styles, standard ligatures, mathematical symbols. 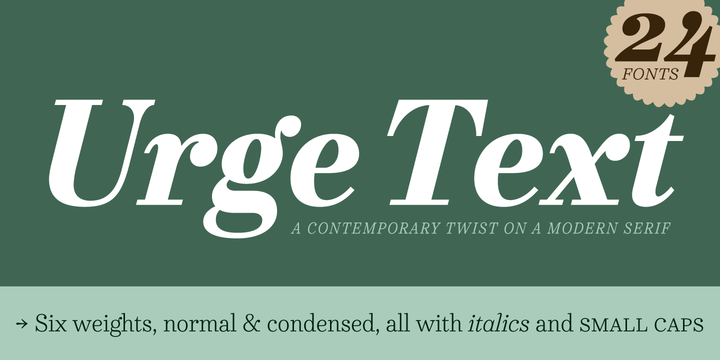