Yolk is an ‘love of eggs’ inspired geometric sans font created and published by Paulo Goode. Consisting of nine weights in both roman and italic styles with more that 1000 glyphs each, Yolk has a distinctive presence on display by featuring balance, personality, harmony and usability. 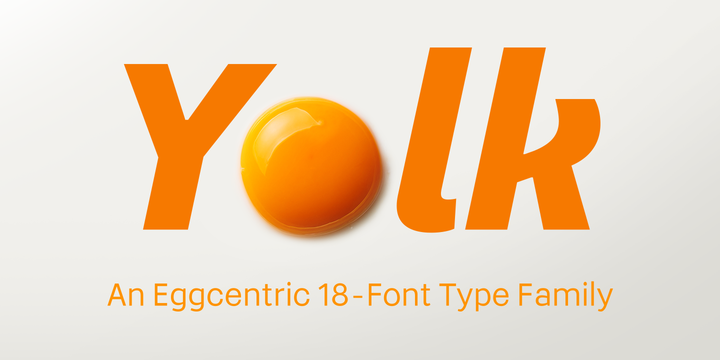