Abula is a stylish font published by Typesketchbook. Originally based on Modern font, Abula exhibits two versions: Original Slab Serif and Organic Slab Serif. The latter distinguishes by some adjustment of the genetic code. The creator of the font has preferred a classical direction, which explains the reason why the geometric structure of forms has been made rounded. Another special characteristic of this font is that even if Original Slab Serif and Organic Slab Serif have both the same origin, they manage to offer a distinct emotional reaction. 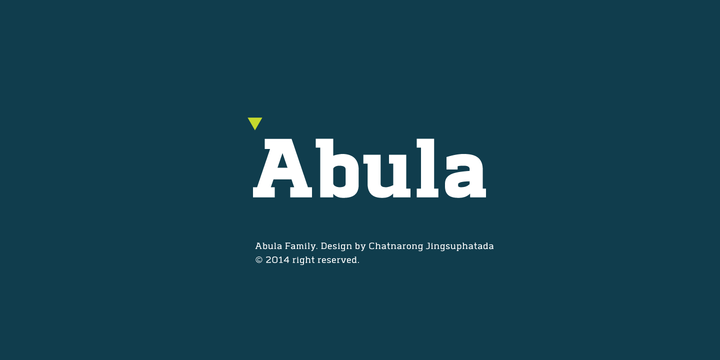 You might find a better price for this font on CreativeMarket, MyFonts, FontBundles, FontSpring or CreativeFabrica
Tags: geometric klimt modern organic rounded slab serif text visual
A font description published on Friday, July 11th, 2014 in Fonts, Typesketchbook by Iulia that has .